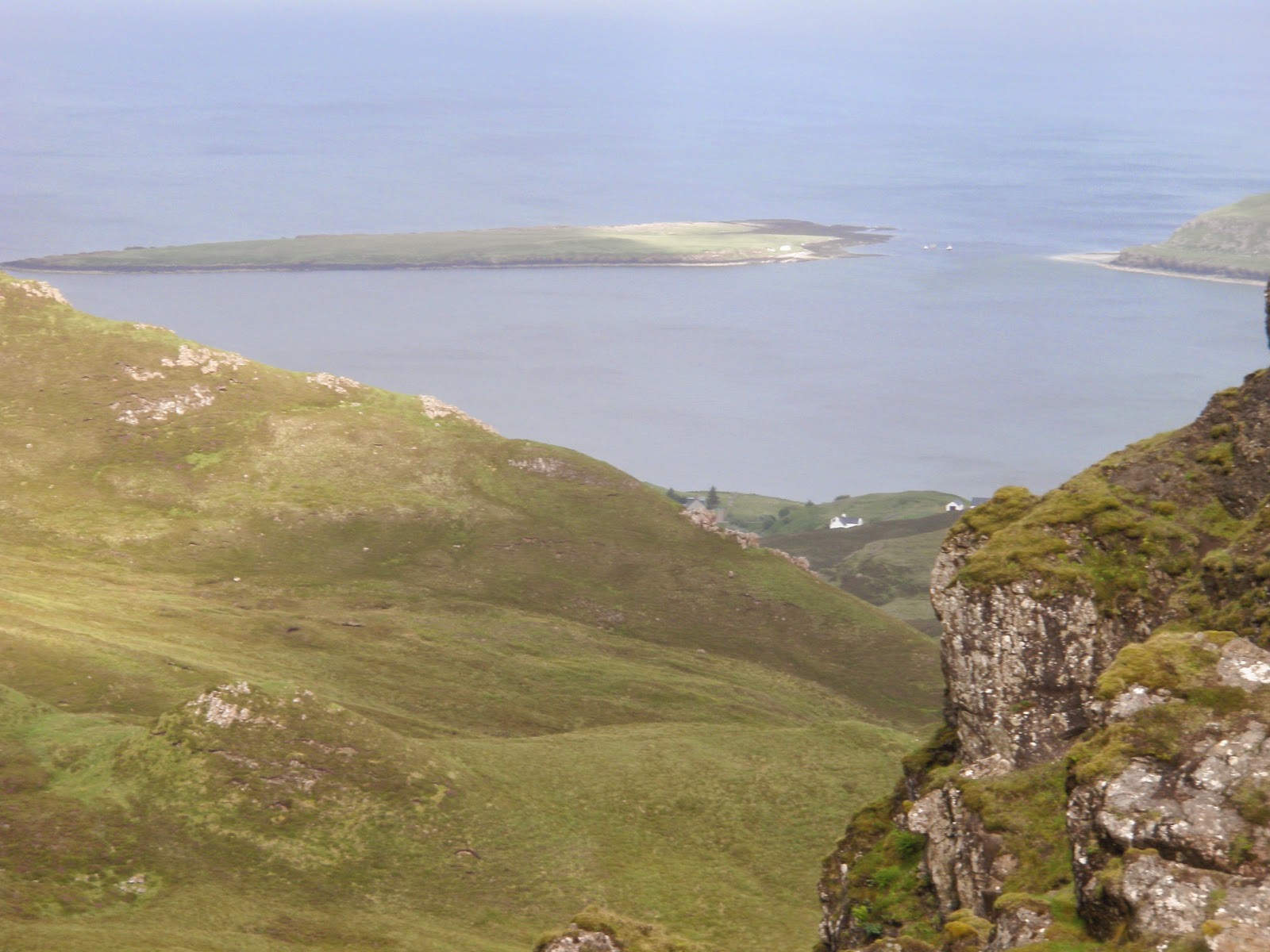 It's a while since I've been sea-kayaking but a holiday on Skye in late June and early July gave a good opportunity to get on the water. The north-east coast of Trotternish has some excellent cliff scenery. Launching from the beach at Staffin, the small sandy promontory on the right of the picture, we paddled past  low lying Staffin Island. This picture is a view from The Quiraing 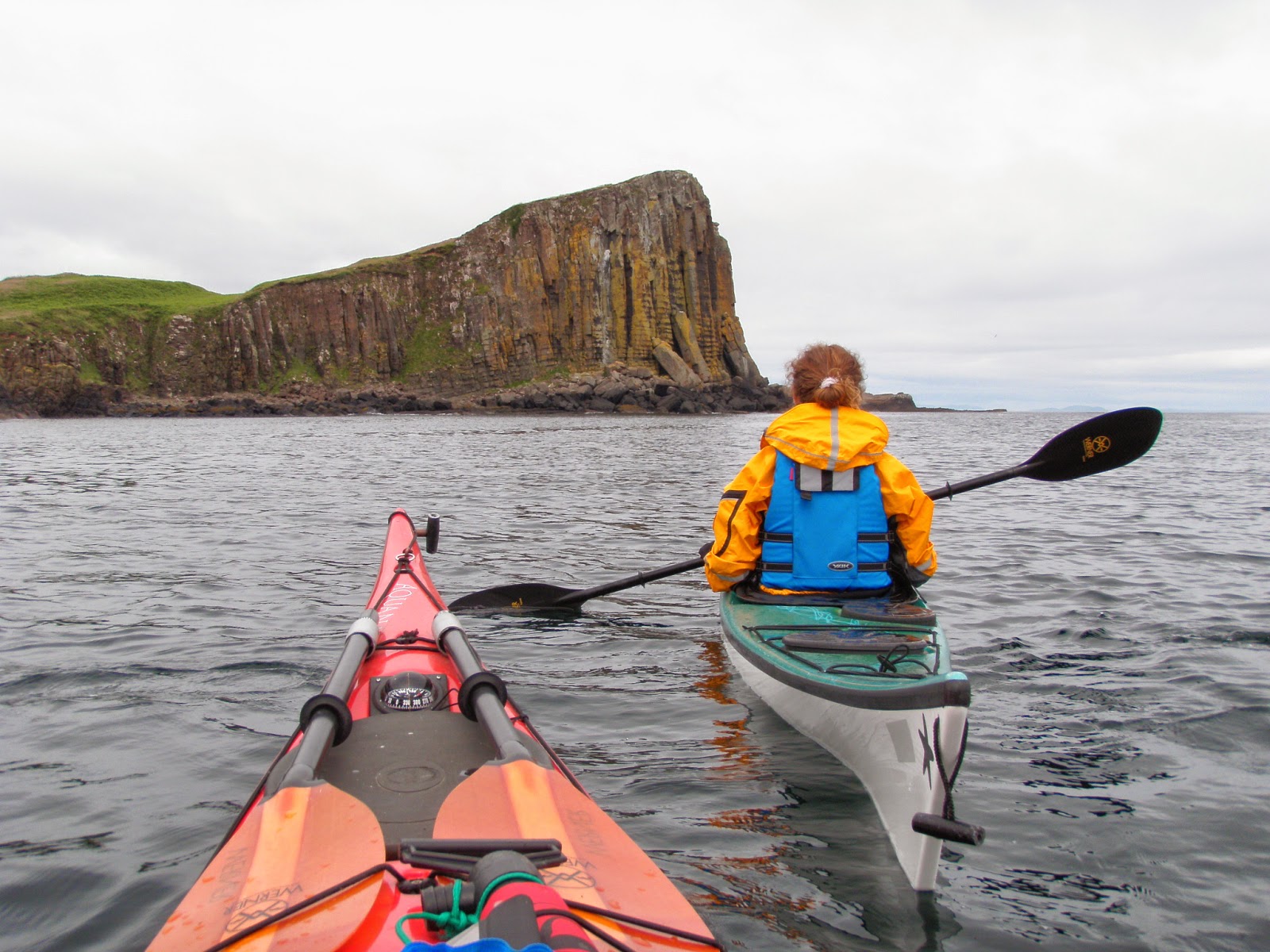 The more interesting features of Eilean Flodigarry a couple of kilometers in front of us lured us on. 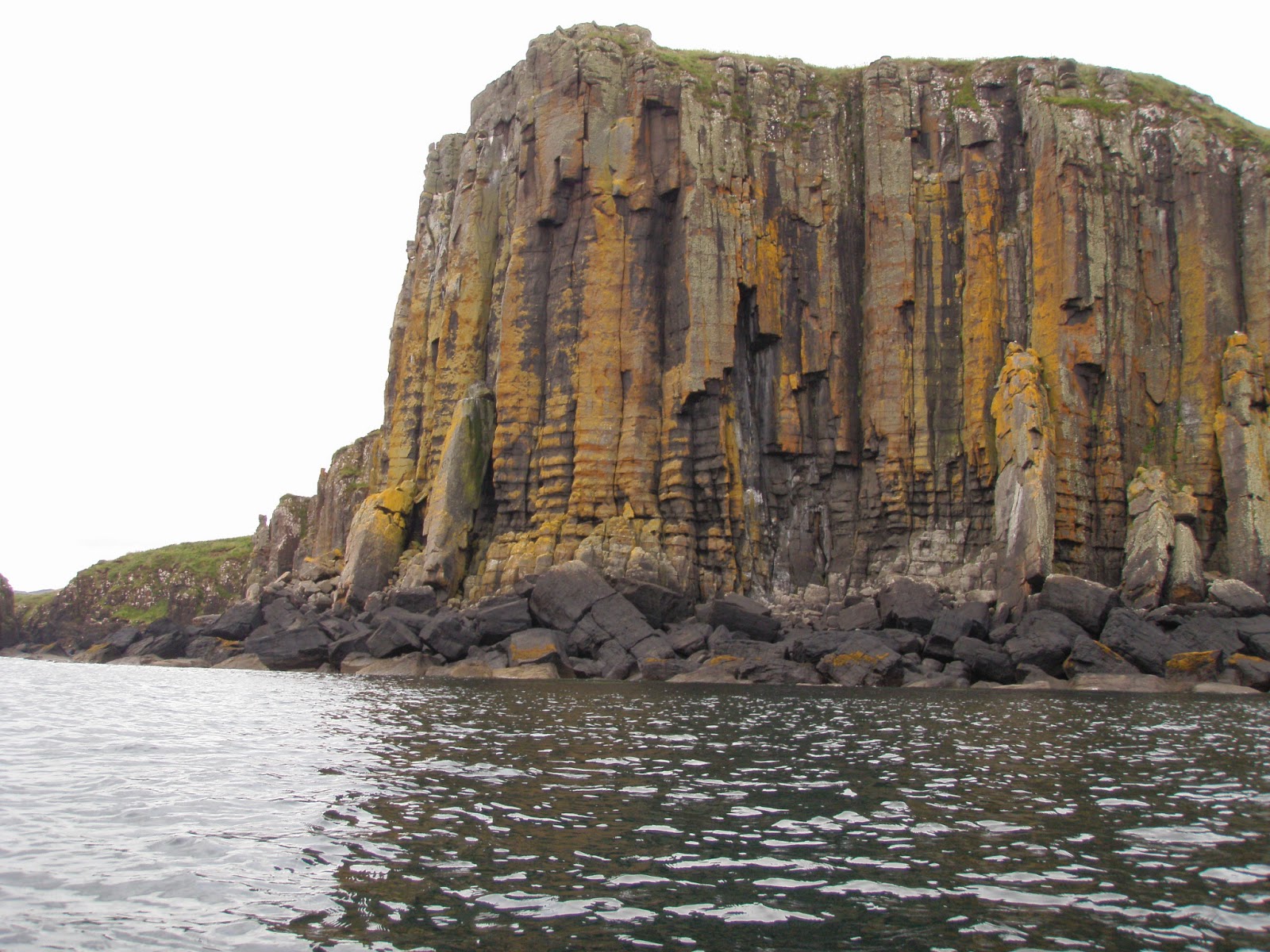 Here you can see some of the basalt columns that have broken from and slipped to a rest at the foot of the cliff, but have also remained more or less intact. 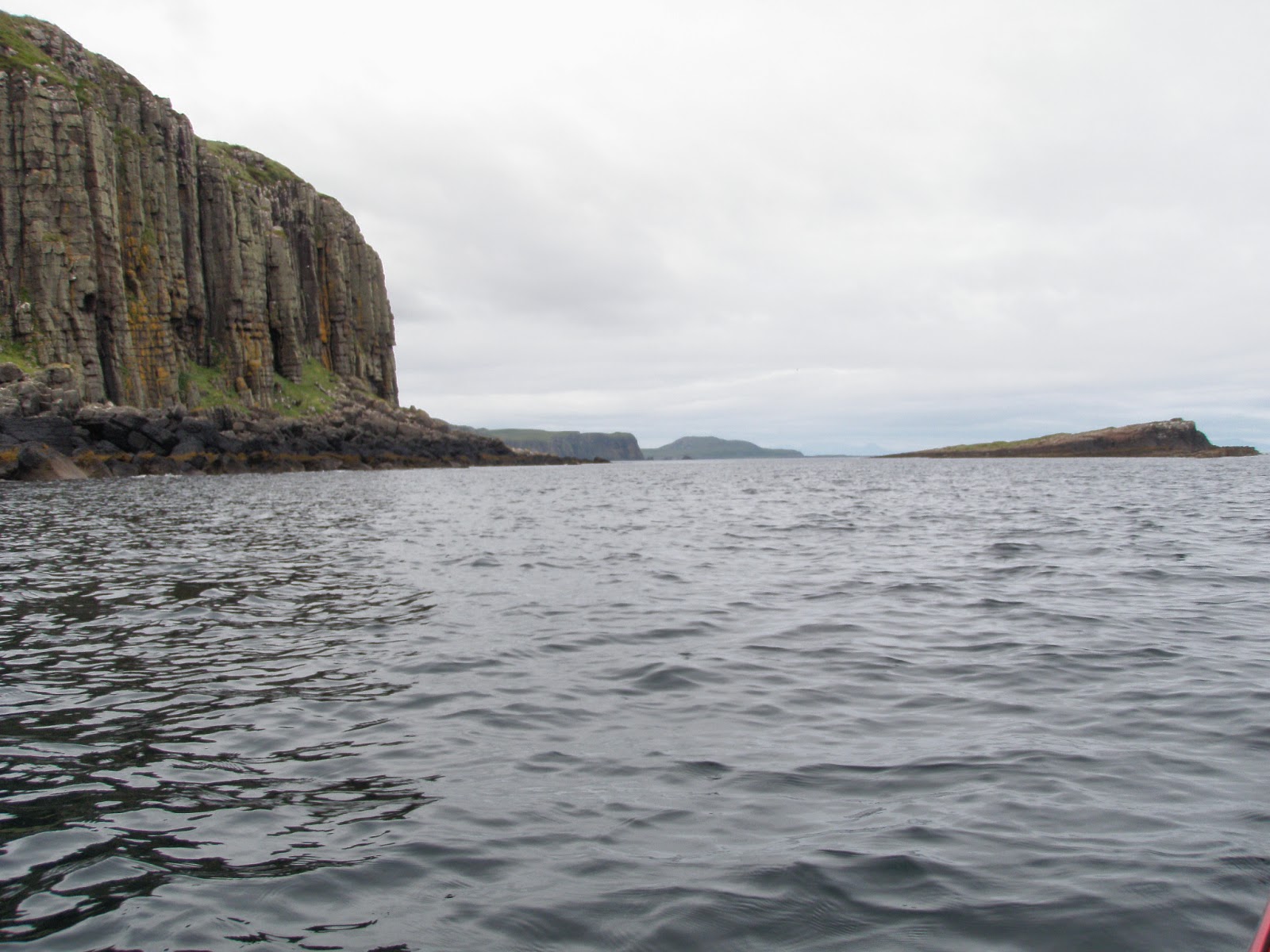 Lying east of Eilean Flodiggary is the low lying Sgeir na Eireann, a haul-out for many common seals, a few of which followed us as we passed through the narrow channel between the islands. The eye was drawn to the cliffs lying north towards Rubha n h-Aiseag. 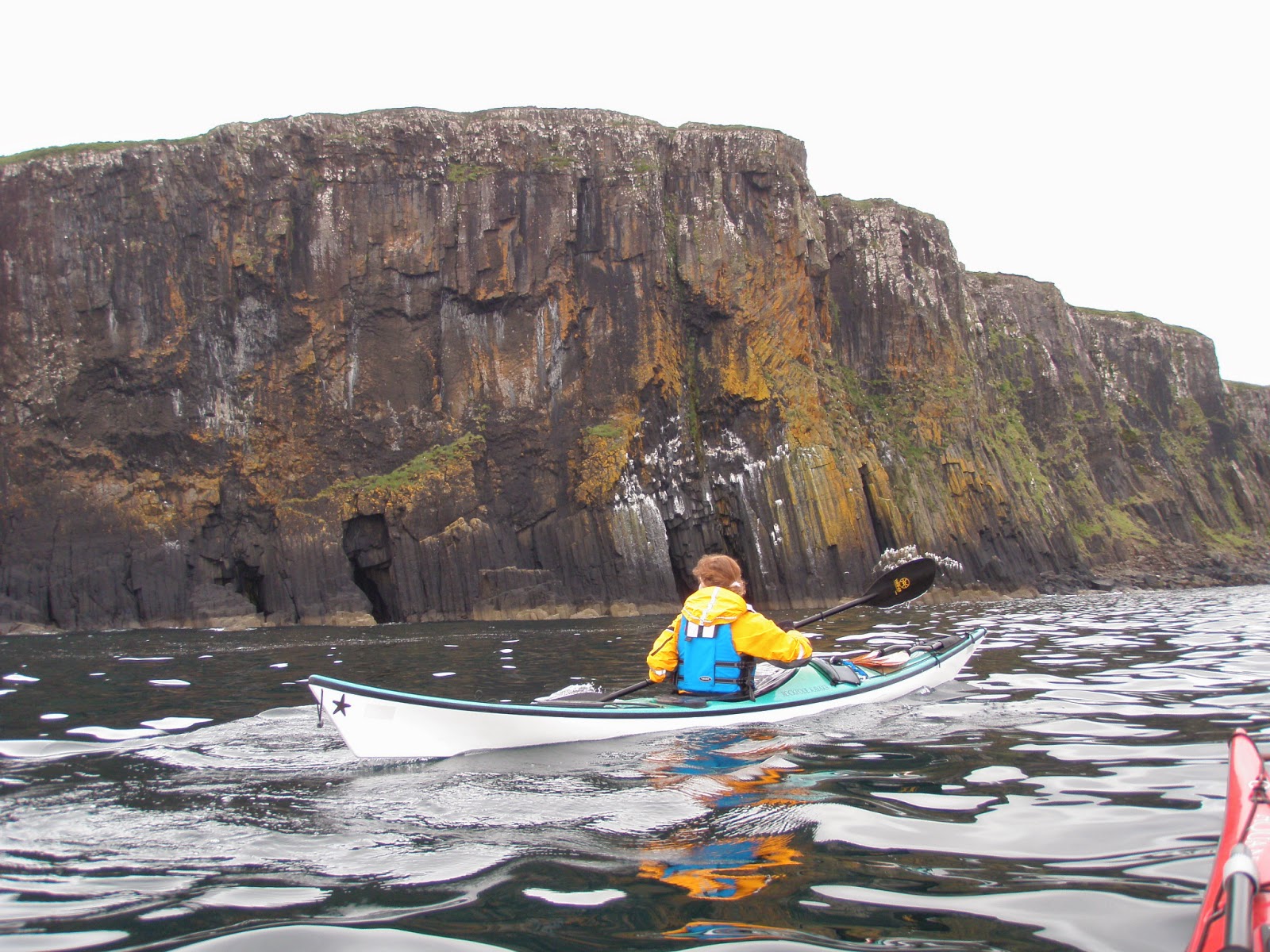 The cliff scenery became really spectacular, with many caves, arches, caves you could paddle through..... we did rather dawdle as we rock hopped our way up the coast. 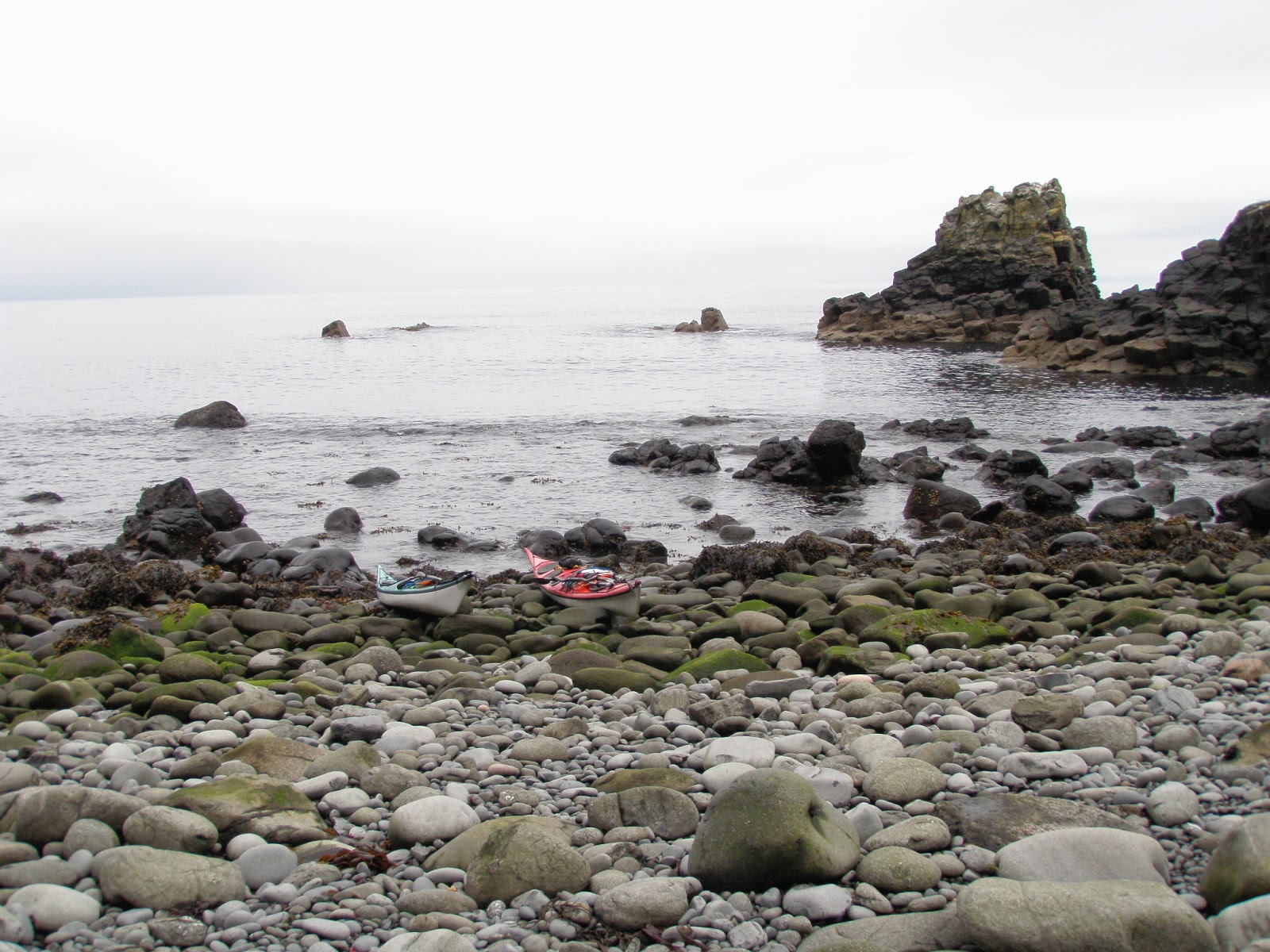 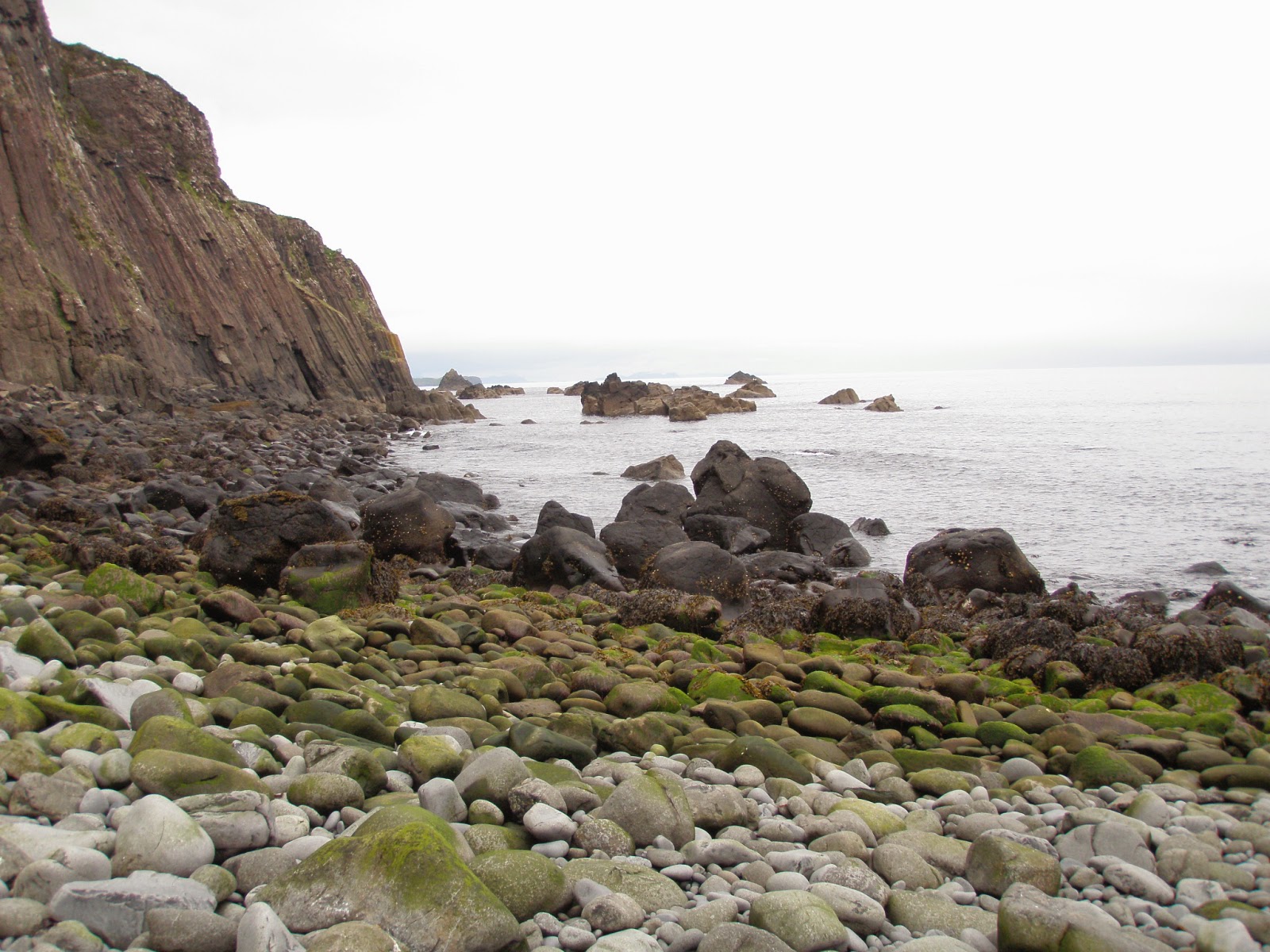 We even managed to land on a boulder beach tucked in behind Galta Mor, although the launch as the tide retreated was very challenging given the bouldery nature of the sea floor, shallowness of the bay and the way the swell was breaking on the boulder reefs. Not recommended except in emergencies!